Amaranthe World Tour continues, where they are about to conquer the Universe with their energy and love to music. The band has just now almost walked through the Finnish part of the tour, what has happened since the last tour diary, where are they now? Lets get under their skin, and have all the hidden truths revealed. 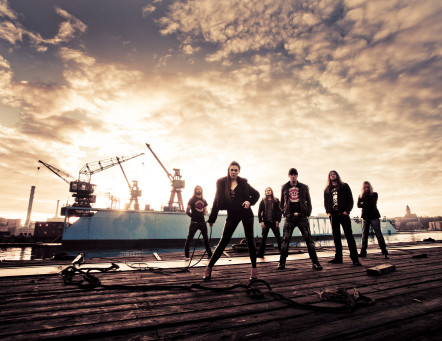 Second blogpost and there has been one crazy last week 😀

Wonderful day off spendt in the most loving kind of way for yours truly,but that´s none of your buisness 😉

The others seemed to really enjoy themselves in Oulu and it was a happy bunch of people that I met up with at their hotel and we packed our happy asses in the bus and headed for the next battlefield, Koupio!

Small venue,pretty packed even if it was a Tuesday and the crowd gave us something to write home about. Great show,small place and good in house people. Kiitos Koupio! 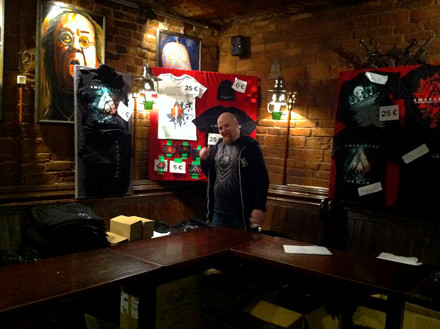 Big breakfast on a Wednesday morning,well needed since there is somewhat of a distance to the next place and this time the heading is Tampere.

And this is actually the third time we play in Tampere and if the craziness is developing like this,that town soon will be having high walls around it and armed guards protecting the outside world from these maniacs 😀

In other words…AMAZING!! I don´t know what it is about Tampere…is it the crowd,or the venue? Or is it the fact that this place has a sauna in the backstage dressing room? I think I can scream HELL YEAH,and say that it´s a combo of everything. 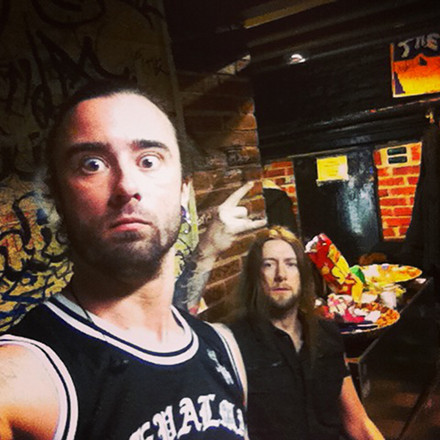 Second time at times venue and we won´t cry if there´s a third time,cool place with a big enough stage for the six of us. That could actually be somewhat of a problem sometimes,since no one of us is standing still to much….actually we run around like guinea pigs on speed or something,and I wouldn´t be to surprised if Morten gets a protable drumkit so he can join us 😀

And do I have to mention that this was also a sold out show! An amazing evening rounded of at a club,having a couple of cold ones in the company of old and new friends before heading back to the  hotel and to get that well needed sleep. 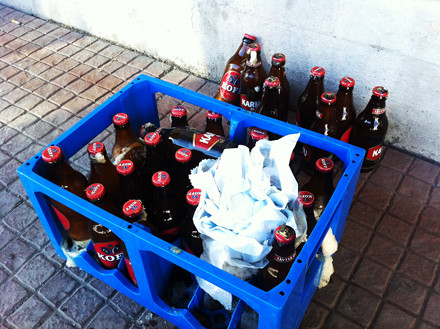 (Frozen and exploded rack of beer)

Might seem like a great idea to leave a case of beer in the bus…but not when the temperature hits 20 below! This is alcohol abuse for the lots!

By now we really starting to get a hold of this life on the road,hotel check in runs along more and more smoother,people know thier place in the bus. Even if there is some arguments about who´s sitting were in some way,but that´s just how it is….would be surprised otherwise!

Well hell, finally reached Jyväskylä and it´s pretty cold,I think around -20 but the sun is shinning and it´s very beautiful outside and a very cool venue. An old warehouse turned into a music venue and the staff was just amazing and helpful with everything. Treated us really good,might have something to do with us selling out AGAIN! Or they´re just as professional as expected.

So with the risk of repeating myself…amazing!

Latest posts by Amaranthe (see all)