The Danish version of Radiohead. The band of the bands. Mew is not your traditional band, and have not recorded an album for six whole years. ROCKBLADET and our reporter Philip Almen got to have a chat with the lead singer Jonas and the bass player Johan about past and present goals.

Philip: It was six years since your last album came out. Did it feel weird to suddenly make one now?

Mew: We've always been kind of slow. We work very intensely when we work, but we toured a lot with the last record. It had already gone a couple of years when we stopped touring. We have never been very good at writing on tour, so we usually finish our tours and slowly start writing again.  We decided for some reason to build our own studio in Denmark. We attempted to do that but sadly failed. We really didn't know what we were doing. It was and old car repair station in Copenhagen. We couldn't get the drums sound right. We wrote a few songs and tried them out live. They Johan re-joined the band (he took a time off to be a father) and we played him the songs. He felt like it was lacking something. It was floaty as the last records. It quickly felt like old times, and Johan put his influences on the songs. 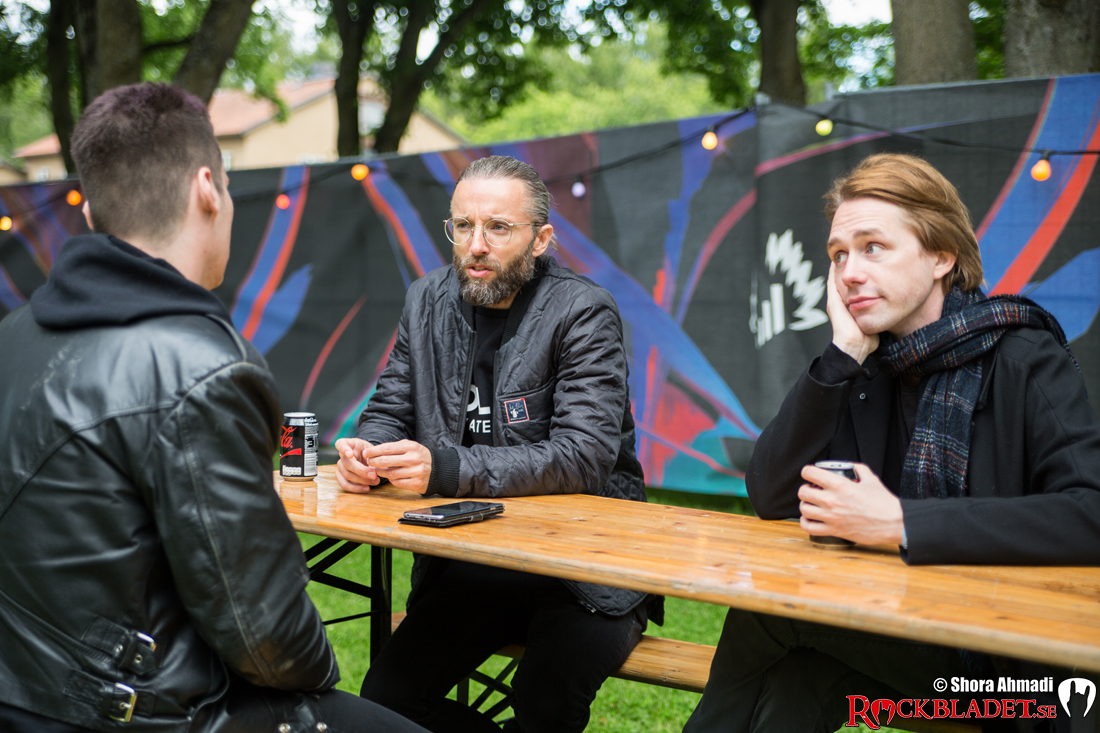 Philip: Did you feel like Johan never left the band?

Philip: Have you thought of making a record constantly the last six years?

Mew: We took a little break after the last tour. We never really did that before. It's nice to play some gigs when you are recording an album, in that way you don't feel tucked away from the world.

Philip: Bands are usually doing the same thing during concerts, playing more old songs than new. How is your view on that?

Mew: We try to keep a good mix. We play maybe four new songs out of ten, and we play the new songs that we want to play. In a club you can to a couple of quieter songs because more hardcore fans might be there. But on a festival you take things into consideration that not everybody knows who you are, and people might just be walking past to check you out.

Philip: How important is it for you to stay traditional as a band, in let's say an album every three years?

Mew: Were very much a band's band. Many bands like us, bands you wouldn't expect. Anders, the front singer in "In Flames" really likes us. Sometimes our label says "Put that would be such a perfect single", but we changed the tempo or did something corky with the songs. We want to be corky, a weird five legged animal, that's what it's all about – This collaborative art form.

Philip: How important is it with a certain approach to a genre when everything is a fusion of everything nowadays. How do you see yourself as?

Mew: I think of us in many ways as a pop band because I have such a weird view on how pop should be. Pop should be thoughtful and emotional, and intelligent and inventive. That's what I'm hoping that we are.