It has been almost four decades since Diamond Head was founded by Brian Tatler and Duncan Scott. It has not been an easy road with albums not being released and members leaving. Now they are back with the new self-titled album and prepared to take over the metal scene once and for all. Rockbladets very own Gabi had a sit-down at Sweden Rock Festival with Brian Tatler and talked about the old and new era.

Read the interview in Swedish here!

How would you say that the music scene has changed since you started back in the 1970´s?

– I would say that what was rock and metal back then has now been split into different genres. Today, there is no such thing as heavy metal, kids these days calls it heavy rock, progressive rock or something like that. Back in 1978 when Judas Priest came through we only had heavy metal, now it’s called trash metal or black metal. The old rock bands like Led Zeppelin, Black Sabbath were simply just rock, now everything has changed. You have to do more of everything, more festivals and magazines because there are more bands out there now trying to break through.

You produced an album back in 2003 that was never released, how come that never happened?

– To be honest, it’s because we had a falling out about the name of the band, I got into the studio with the idea to release it as a Diamond Head-album. But halfway through, the singer Sean Harris wanted to rename the band ”Host”. But there was no way I would let that happen, simply because of the fact that we had to book and pay for everything ourselves. It would have been misleading to go into the studio under one name and then release it under another. I thought that the madness would pass but he just could not deal with it so I thought, life is too short to deal with this so I got a different singer instead.

You released the new album with a new singer, Rasmus Bom Anderson who joined 2014.

– Yes, with Nick Tart immigrating to Australia it became difficult to make the writing and touring work. But I have to be honest, I didn´t really feel like I wanted to do another album. I had some written material and I kept on writing but I didn´t feel very confident with what I had. But Ras convinced me to give it a try and re-write some of it, so we sat down together and started to work on the songs. It became apparent to me it was going to be good with Ras adding some fresh energy to the band. So I gave him some songs that I knew was difficult to sing, but he was fine with that and came up with some melodies. I think we had nine rehearsals that lasted for eight hours each time.

You said that the music scene has changed, how about touring?

– I still enjoy it, it has this novelty value to it. I mean, when you leave for your first festival or first time abroad you’re so excited, now it’s not so novel anymore though. There comes a time when you’re done playing at small clubs with a small audience and you want to move on. But as I said, I still enjoy touring, we have a good line up now and there are no problems, we make each other laugh a lot so it’s been fun.

You´ve been in the business for almost forty years now, what keeps you going?

– Well, like most musicians I grew up with music and spent a lot of time learning how to play the guitar and writing songs. And the thing is, once you get into rock music, there really is no way out again. I will love the classic bands until the day I die.

You wrote a lot of songs on the album, can you tell me about the process behind them?

– I take a lot of pleasure in the writing-process since I gave up on being the best guitarist like Michael Schenker, Ritchie Blackmore and Eddie Van Halen. I told myself ”forget that dream” and went on pursuing to write a good song, I mean, I might just come up with the greatest song that’s ever been written, that little spark of hope and the love for music keeps me going. My favourite song is the next song and with the new album being so well received it tells me I still have something to offer, I am not finished yet.

Nowadays music is more accessible through streaming and downloading than it was just a few years ago, how do you as a musician feel about that process developing?

– When it comes to downloading, I feel like the only thing I can really do is to go with the flow and embrace it. It is a good way to discover new bands, today you don´t have to invest in buying the album since you can find it on Spotify and other services like that. But as a musician, the music industry is not a fun business to be in today because of this. I mean it took us almost six months last time to write the songs and there is a lot of hard work behind an album that we don´t get payed for that the people who is downloading don´t know about.

What kind of future plans do you have for Diamond Head?

– We will stay on tour in Europe until October and then we leave for the US-tour in November. Next up after the tour is complete we will go back into the studio to write some new songs and hopefully release a new album soon.

What was it like to release the new album with Rasmus?

– Well, Ras did a fantastic job and I felt very confident during the whole process even though I didn´t know what kind of reaction we would get from the press. I mean the metal scene has moved on since Diamond Head started, so it could be that we were out of touch. Because we don´t do things like growl, instead we still focus on melodic vocals and good riffs, and fortunately people still like that too.

Would you say that working with music has changed you as a person?

– I´m not sure what to answer on this question, I am of course very grateful for the success and for bands like Metallica getting involved through covering four Diamond Head songs. That gave me an income and the chance to work on the band instead of getting a nine-to-five job. At my age, most people don´t have the time to have a band because they have families and work, but thanks to this income I can put that time into the band that it needs. When you work with music, you evolve into what you do.

You played at Sweden Rock Festival for the first time in 2005 and now 11 years later you’re back. How come you decided to play there again?

– Because we had such a great time the first time we played at the festival, it was very well organized and we had such a good time last time as well as this time around. The crowd was good and the gig was fantastic even though the sound was a little bad.

If I ask you to describe what music is in your own words, what would you say?

What kind of emotions do you want your music to get the audience to feel?

– I want the crowd to feel excited, because we as a band feed of the energy of the crowd. If there is a crazy crowd, a mosh pit or something like that then the band will go crazy as well.

Do you have a message to your fans?

– Thank you for keeping the faith and staying with us. It means a lot that you still buy our albums and we will continue to play for you as long as we can. Rock and metal fans are the most loyal fans in the world and we are grateful to have you. 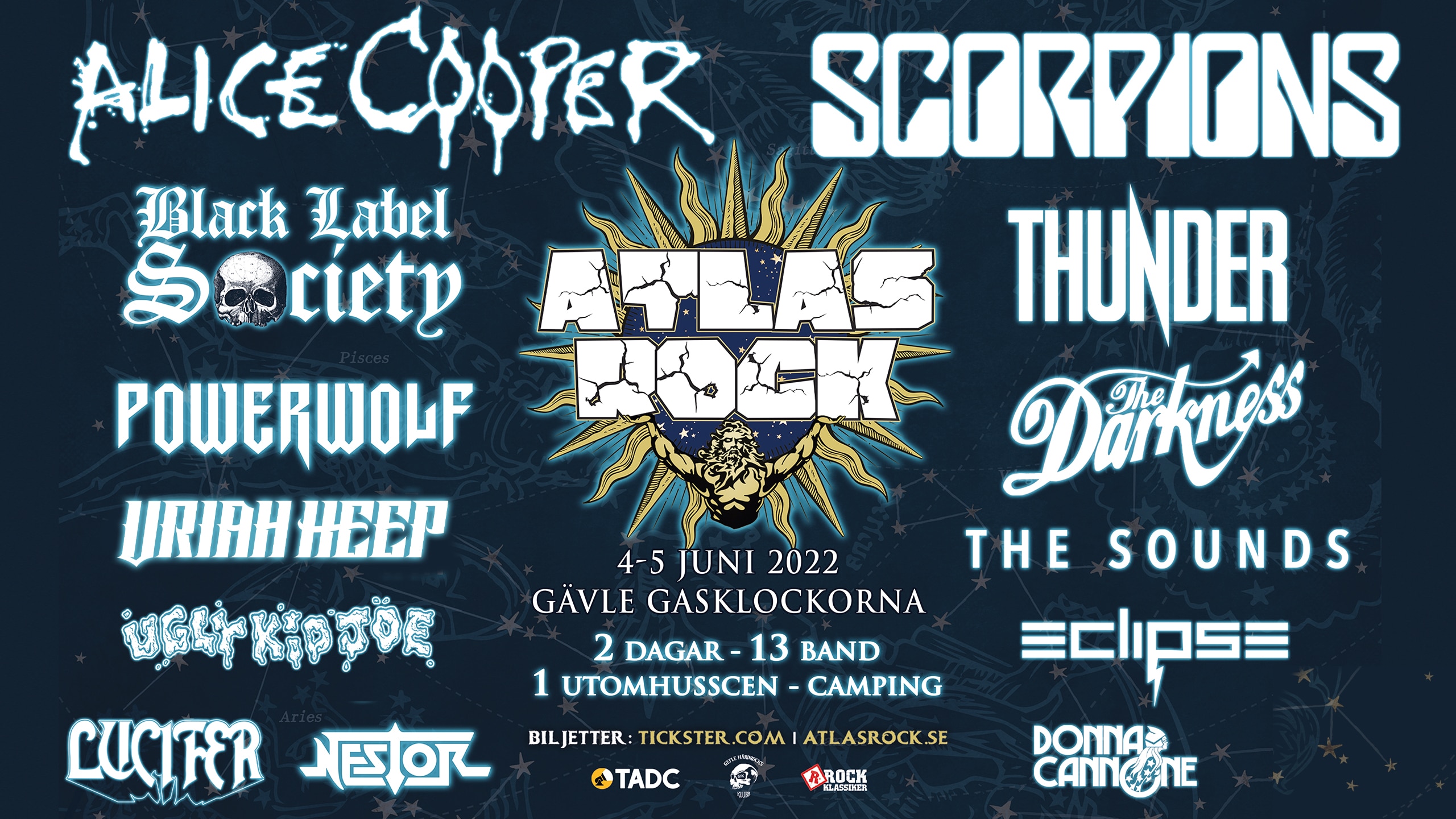