ROCKBLADETS writer Philip Almén had a little chat with Ben Bridwell of Band Of Horses about indie music, the creative process, the latest album and much more. 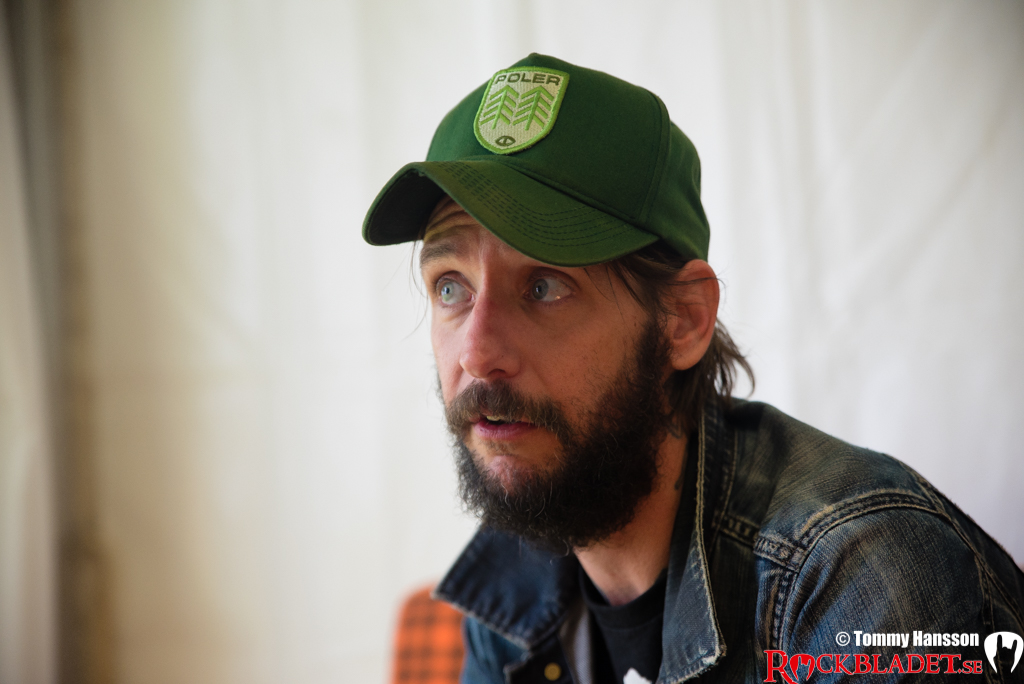 How was making this album different from making the previous albums?

This one is a bit mor Frankenstein, for the lack of a better word. There wasn't a lot of live-playing together on this album, whereas the last one was strictly live and minimum overdubs. This album was meticoulosly deliberate in every little texture.

It's been four years since your last album. Have you planned your next album and the sound if it until now?

In a way, sure. We released this live acoustic-album and we learned how do use less technology, play better with each other and use our ears. I wanted a bit more lushness. I knew I wanted to have it full of textures.

When is the best time to write new music?

Whenever your new music gets released. Then I can re-visit old things. This album has hold-overs from other albums that didn't fit into the mold of that album. There are still songs that are still nagging at me. When all the promos dies down, I start mess around in a hotel room. I don't deliberately write anything. I fumble around until something makes sense or something catches my ear. Then I might be obsessed with something and then strangle it to death.

Do you feel like your sound and genre is typical of your hometown Seattle?

It's not a sound of that place at all. The attitudes and the whole feelings of the place seep in there in our output. On the second album we brought in a bit of joy into the mix. People don't want us to be joyful since our biggest song really isn't. You write what you know, you can't help to let things become a part of who you are. In a way we are a living embodiment of Seattle.

Do you ever feel that you want to make a concept album?

I did this solo record were the concept was to swing wildy from genre to genre with spaced out things and really sad jams. Now I have a lot of punk songs. Do I need to start a punk band? Immature aggressive music. Anyone that would label themselve as punk would say I shot myself in the foot, though.

Do you feel like an indierock band can be too changed by a major label?

You're hoping they get your artistry and don't bend and twist you into what you're not. We have a luxery of a good fanbase built in that will take the ride with us and even our dips. It's not about putting your middle finger out and say fuck you guys, I know what I'm talking about – Because I don't. It's just like relationships and friendships. If you can take constructive criticism and take the best pieces of criticism it might further you along.

Do you have a favorite place or situation where you create music?

Just being at home. Once the kids are in bed and the wife is in bed, late as crap, getting high and getting a drink. The Funeral was created when I was living in a tiny shoebox apartment and I was in a band that broke up, but decided to go to the practice space every day no matter what. It was part of the very long walk to the practice space that prepared my thoughts. I put my hands where it felt comfortable and de-tuned the pegs and just messed around until I found somethings. It was just being alone and focus inwardly. It's my best focus atmosphere. When I get around other people I start to doubt my ability. I find my best work alone. But whatever people think you have to remember it's just people's opinions.

Band Of Horses will be in Stockholm 9th of March 2017.

Their new album Why are you OK? is out now to buy and stream.