The former drummer of In Flames, Daniel Svensson, has reunited with his old band mate Peter Iwers to start a new colaboration. It's not about music, it's all about taking the newly started brewery Odd Island Brewing to the next level.

After a long carrier as a drummer in one of Sweden’s largest metal-band In Flames, Daniel Svensson started up his own brewery called Odd Island Brewing. A dream of his that has been built up during touring all around the world and visiting a lot of brew pubs, especially the ones in Colorado (USA).

When it then came to the point to expand the business, Daniel choose to contact his former band mate Peter Iwers, and made him co-owner of Odd Island Brewing. This was an easy decision considering the duo have been working as a tight team together for 17 years, so what could possibly go wrong. On monday, October 3rd, they are launching their first beer, called “Citrauvin”, to be sold in the local "Systembolaget" shop in Kungsbacka.

Daniel Svensson has spent almost half of his life being the drummer in In Flames, but announced in the end of 2015, that it was time to put his drumsticks aside and go a different path. A decision that evolved over a long period of time, and he just felt done with the rockstar-life. This also meant that he could spend more time with his family and to be able to try something new.

Several of the members of In Flames is working with various secondary projects alongside he band. Anders Friden is also in the beverage industry, including the beer brand “Frequency”. Peter Iwers and Björn Gelotte run their own restaurant in Gothenburg called 2112. So the person I’ve actually heard least about is actually Daniel. So once he gets into the business, he is the only one who now has the opportunity to go all in, running a beer-brewery on his own.

– “I started to brew my own beer at home about three years ago with a friend. I noticed then pretty quickly that the beer we did was really good, even better than many larger commercial brands. When I decided to quit In Flames, it felt like an obvious decision to become a brewer. I had the advantage of beeing involved in one of Sweden's biggest metal-band-exports, which is a major brand itself that many people know of. Which then created high hopes that would come to help me in the beginning”.

It did not take long after leaving In Flames for Daniel to figure what he wanted to do next. He would come to work with his relatively new hobby, beer brewing and founded the brewery Odd Island Brewing more or less straight away. Where the name comes from Daniel tells us this: “ I’m actually from a small town outside Gothenburg called Särö (Odd Island to translate directly), and therefor the name is simply a pun, but most people haven’t really seen the connection. But it’s simply Gothenburg humor, you know” he says with a smile on his face.

To say that Daniel is incredibly driven to work with something he is passionate about may not come as a surprise, considering the long musical carrier he has behind him. So to start Odd Island Brewing felt like a simple decision.

– “ I have a hard time seeing myself as an employee 40 hours a week so I would rather work with my own thing. Because In Flames has been my occupation for most of my adult life, I don’t really have an education to lean back on, so why no invest in becoming a master of beer brewing”.

It was clear from the start that the brewery would be driven entirely by himself and not take a shortcut through the phantom breweries and only create a own brand of beer, but then let someone else do the production. A lot of the soul in a beer lies in the brewing process and Daniel enjoys the fact that he is able put his own touch and character to it by using their own equipment. Brewing beer is now his full-time job.

It takes something special to be really good at what you do. You have to put down a lot of hours of training before you can actually see some kind of result. And while making his own beer, Daniel´s self confidence grew stronger quite fast.

– "I wanted to believe that I have the talent for it. There's two types of home-brewers. One who loves the technical side to build the process of getting a consistent quality of its beer. And then you have those who are driven to produce a good taste by combining different yeast, malt and hops. I'm very poor technical, so that bit I need to become much better at, while the flavor composition, I am already really good at “.

Odd Islands production is aimed at the western part of Sweden for now, and especially the pubs and restaurants in Daniels residence around Kungsbacka and Gothenburg. Everything has gone above his expectations and the demand is larger than what he is able to produce. The brewery currently has the capacity to produce about 200 liters of beer per week so now he is in the position where he needs help to grow the business. So the timing when Peter Iwers got in touch could not have been better.

– "First and foremost I need help because I cannot do everything myself. It takes a long time to brew, and then the process of everything around it means that I simply need some help. Peter was eager to be my companion, he also came with some of his own ideas that I found really exciting. In order to expand the production, I need more capital, but also more man hour. We worked very well together in the past, I mean a bassist and a drummer works good together by nature really. He also has a lot of good connections in the industry through his own restaurant 2112 so it's just a win-win situation really. 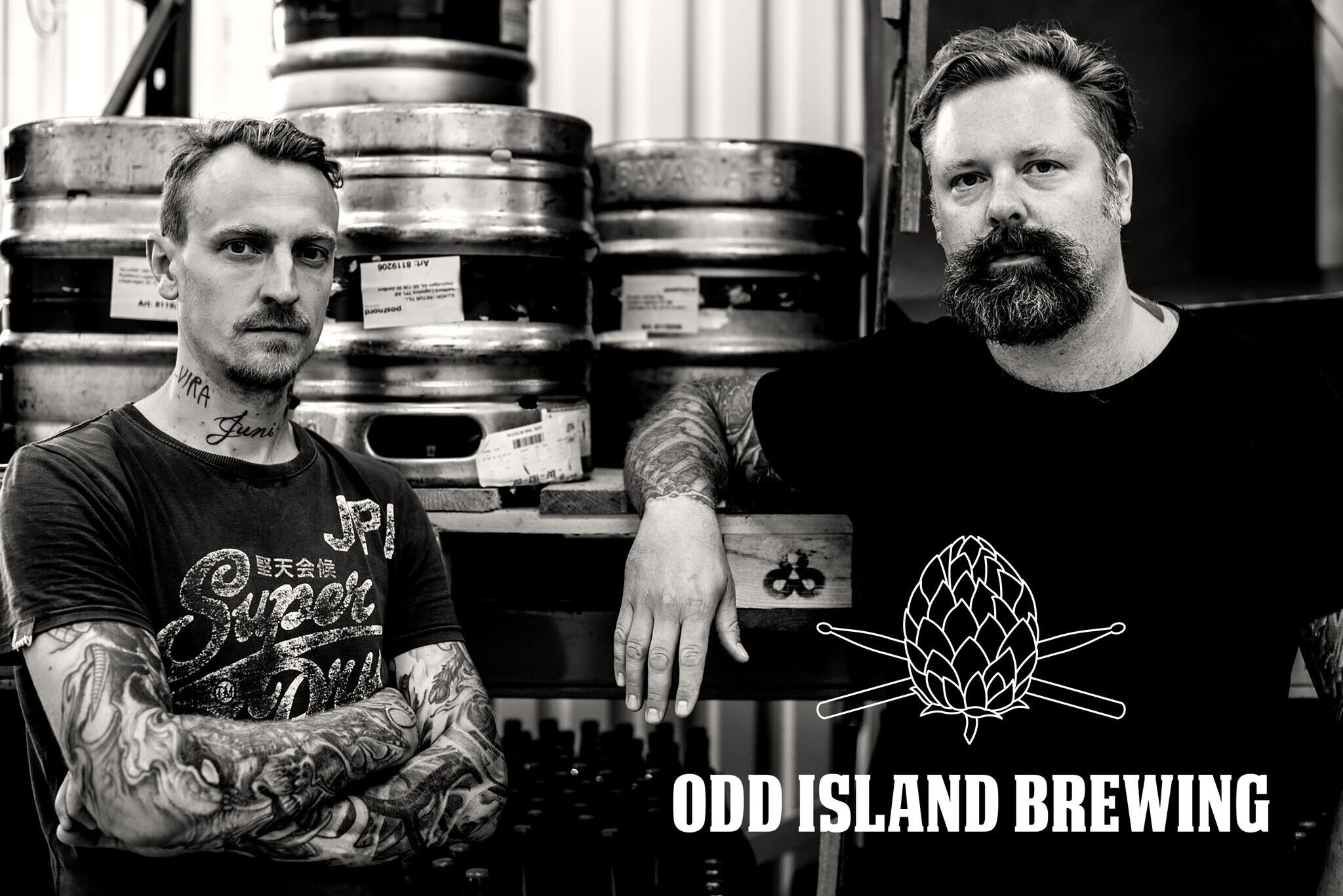 It is now time for Daniel and Odd Island to release its first bottle, Citrauvin, at Systembolaget. The inspiration for flavor of the beer comes from the United States, where the many visits to different brewing pubs have helped him to develop the formula for Citrauvin.

– "Creating the beer flavor formula, is kind of like writing music really. It’s influenced by something and then you put your own touch to it. You can experiment as you feel like it, so the frames are not so strict. You can compare it with the hard rock scene for example, where you’re completely free to create your own music in the genre. The same applies to the geographic location, such as the Gothenburg-sound and” Stockholmsdeath” in the early 90s. Even on the beer-front you get inspired from those who are closest to you geographically. You hang out with each other, you cooperate and then you go home to make that magical recipe. There are clearly many parallels to be drawn between beer-brewing and the hard rock scene”.

You are living your “beer-dream” right now, but do you have any larger plans for Odd Island Brewing?

– “ I only work on a smaller scale right now, so it’s only local for the moment. But the goal is to run a brewery that we can live on, at least me. I’m going to work full time on this, while Peter will of course be out touring with In Flames  from time to time. I feel like now it is the time to go All-In, just like when I started in In Flames”.

Do you think you can use the experience you gained through your involvement in the band?

– "I think I have a lot of benefits from my long journey with them, no doubt. There are many parallels to be drawn. You can use some different marketing-tricks for example and benefit from the experience during that time and now transfer it to the beer industry. "

It has been almost a year since he finished his career as the drummer of In Flames and it is obvious that he has thought through this decision firmly. So that when the day was to come there were not any difficult consequences.

– "It feels surprisingly good, because it is a decision that emerged in quite some time. I want be able to have time to do some other things in life too. I’m about to approach the 40-year mark, and I have been around the earth several times. I want to spend more time with my family and working on something I'm passionate about at home before I grow too old. I felt completely finished with the rockstar-life, not that I was bored in any way, but wanted to start a new chapter in my professional life. I feel really satisfied to be where I am today. "

So now he knows what he will do for the next 20 years. 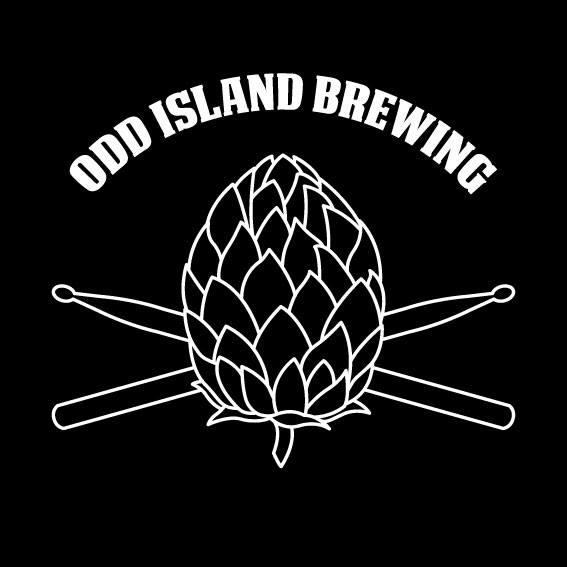 If you live near by Kungsbacka in Sweden, you will be able to buy this beer in the local "Systembolaget" store. You can find all information about the beer at Systembolaget.se. 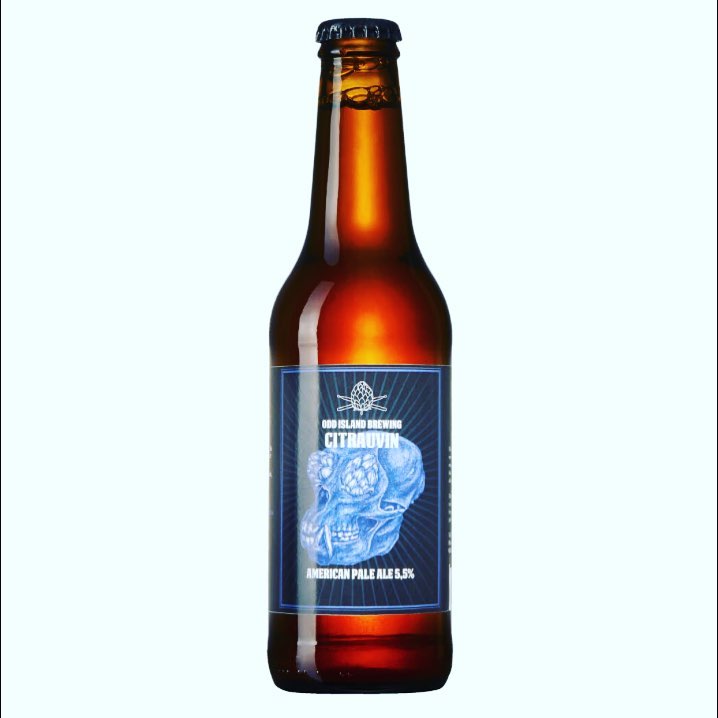